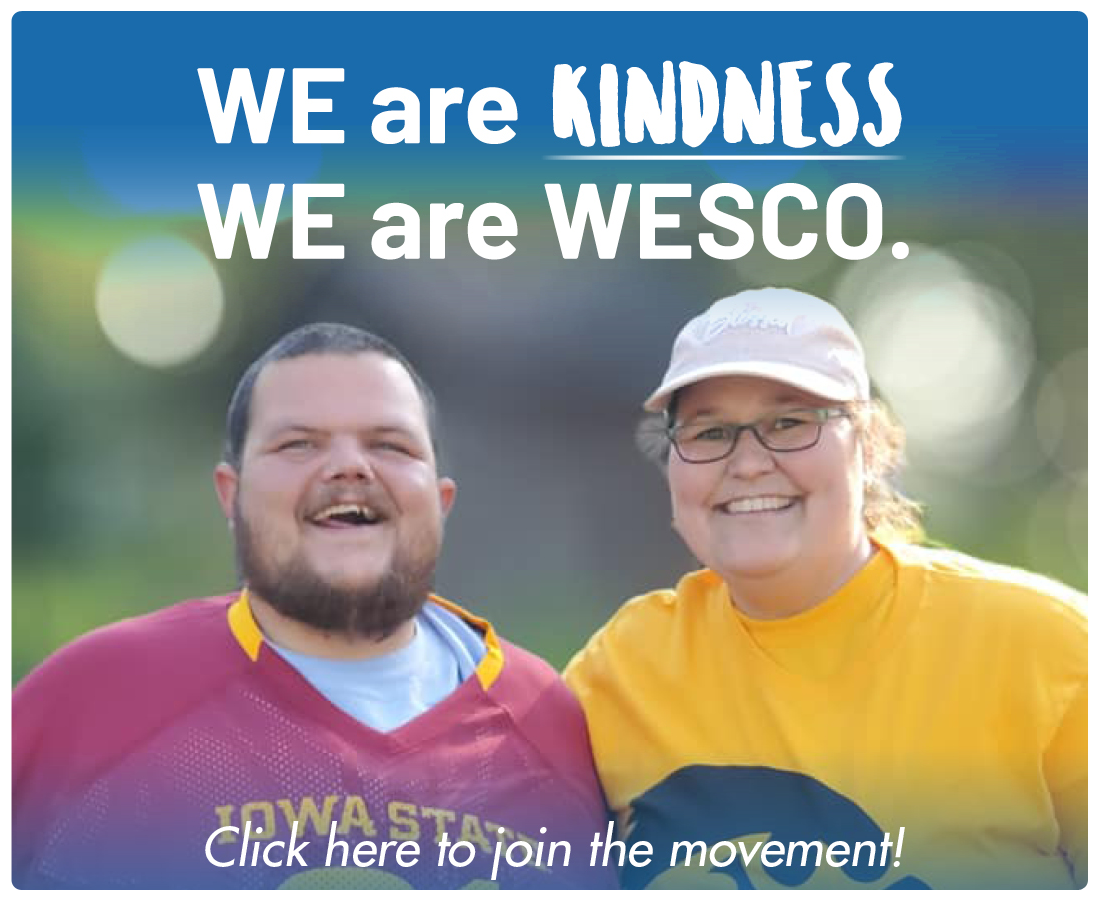 WESCO Industries’ Supported Community Living (SCL) program has been serving individuals in Western Iowa for a number of years, providing essential support to those in the community and helping individuals in need live as independently as possible. Ensuring that WESCO individuals receive the support they need is a dedicated and passionate team of SCL staff that work diligently day in and day out. By providing services such as safety, housekeeping, finances, communication, employment, socialization, transportation, and wellness, individuals have been able to discover newfound independence in their everyday lives. Meet some of the SCL staff members who have such an impact on the organization and those they serve.

Hansen is the Program Coordinator for WESCO’s Non-24 Hour SCL department, as well as the Individual and Group Respite programs. She started out in the organization as a Job Specialist for nearly five years. During her time as the Program Coordinator, Hansen has been integral in growing and expanding the program to cover the Iowa Counties of Carroll, Sac, and Monona. Outside of her work with WESCO, she loves spending time with family, reading, and being a Green Bay Packers fan.

As a WESCO team member for 15 years, Houston has been a part of the SCL department for over a decade. She has remained dedicated to the pursuit of empowering people, leading her to be named as DSP (Direct Support Professional) of the Year during her time at the organization. Houston is married to her husband, Mike, and they have a son named Jared. They’ve been living in Denison, Iowa, for 22 years. She enjoys watching football and basketball, playing cards, and spending time with family and friends in her free time.

Hillhouse has been a part of the WESCO team for one month. She begins her career as a staff member in the SCL department. In her work, she enjoys encouraging individuals on their independent living journeys and has been very happy meeting the other SCL staff and getting to know the individuals better. Hillhouse is a mother to four children and has a dog named Kato. She loves to spend time with family, enjoys anything outdoors, and is a Dallas Cowboys fan.

For six years, Rebecca Green has worked in several WESCO departments before gravitating towards a role in SCL. She loves working with individuals, assisting them in reaching different levels of independence, and learning much from those she works with–as well as teaching them life skills. When she is not serving WESCO individuals, Green serves the community as a volunteer firefighter and is an Association President in Dow City. Green lives in Dow City and has a puppy named Sadie Mae. She enjoys spending time with family, camping, and playing cards.

Davis has recently made a move over to the SCL department. Before that, she has worked in various WESCO departments over the last two years. During her time with SCL, she’s been busy learning the ropes and exploring the different functions of the department. Davis has a three-year-old named Sawyer. Davis enjoys reading, going on adventures, and being around friends and family in her spare time.

Simonsen has been with WESCO for six years, spending time with the organization’s Day Habilitation program before transitioning over to the SCL department. Along with being dedicated to WESCO and its individuals, Simonsen has one daughter, Lizzy; a dog, Lizzie; and a cat, Sabrina. She loves watching the Iowa Hawkeyes and anything Star Wars.

Beeck re-joins the WESCO team and is a staff member of the SCL department. She wanted to return to a career at WESCO because of the individuals and looks forward to serving them once again on their journey towards having independence. Beeck enjoys working beside her fellow SCL staff members, serving the individual’s best interest. Outside of working with WESCO, she is a mother of three children and currently resides in Vail, Iowa.

Lee has also returned to pursue a career at WESCO in the SCL department. Her passion for helping individuals reach their full potential has brought her back to WESCO. She loves being a part of the team here and what the organization stands for: empowering and supporting the strengths and abilities of the individuals they serve. Lee also works for the Carroll Community School District as a teacher associate in the district’s preschool program. She has two sons, Marcus and Chandler, and an English Mastiff dog, Cooper. During her free time, Lee enjoys baking in the winter, spending time with family, and enjoying life.

From the entire WESCO family, we would like to thank the SCL team for the incredible work they do every day in helping individuals in the program find their independence. Thank you!

There are no upcoming events at this time.